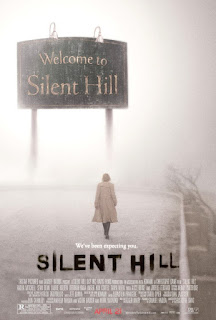 Among the countless survival horror series that flooded the market following “Resident Evil's” success, “Silent Hill” always stood out from the rest. Unlike most horror games of the time, it didn't draw much from established horror tropes like zombies, mad science, or ghosts. The series utilized atmosphere and unnerving creature design more than gore to generate thrills. The games also had a highly cinematic style, making a film adaptation only a matter of time. Director Christophe Gans personally petitioned Konami to make a “Silent Hill” movie. Gans' film was well received by fans of the series but got largely negative reviews from everyone else.

Rose and Christopher's daughter, Sharon, sleepwalks. Her dreams are haunted by images of Silent Hill, a mining town in West Virginia slowly being consumed by an undying underground coal fire. Sharon was adopted from West Virginia. Rose decides to visit Silent Hill in hopes of solving the mystery of why it haunts her daughter so. Upon entering the strange town, Rose is separated from Sharon. While searching for her daughter, Rose discovers a haunted location filled with impenetrable fog, bizarre monsters, and a fanatical cult. Meanwhile, Christopher tracks his wife and discovers a totally different Silent Hill, suggesting Rose is trapped in another dimension.

“Silent Hill” is a faithful recreation of the first video game, with some elements from the second. In fact, I'd argue the movie is too faithful. The cinematic “Silent Hill” is essentially structured like a video game. Not long after arriving, Rose runs through the locations in the town in search of her daughter. She consults maps to help her navigate. This is not the last time the protagonists has to utilize a map. Later, she wanders around a school, looking in draws to collect tools. These are mechanisms that are very common in video games but come off as hugely awkward in a movie. Later, Rose enters into a secret room and is presented with a grainy film that explains the back story. Again, this wouldn't be unusual in a video game but is a pace destroying exposition dump here. In his quest to accurately recreate the source material, Gans' “Silent Hill” keenly displays the important pacing differences between movies and video games.

Still, one thing the “Silent Hill” video games have that translate very cleanly to film are its monsters. It's probably no mistake that the only successfully suspenseful moments in Gans' “Silent Hill” revolve around the creatures. The Lying Figure, a vaguely humanoid form writhing in a body bag-like membrane, emerges out of the fog to spray corrosive slime. A well done sequence involves Rose navigate through a hallway full of Bubble Headed Nurses, the deformed and fetishic figures that stand perfectly still before striking suddenly. The most intimidating of the monsters is Red Pyramid. Though a weirder figure in the second “Silent Hill” video game, here the creature is a massive, frightening, physical threat. The scariest scene in the film occurs when the heroine is locked in an elevator that Pyramid Head pierces with his massive blade.

The creatures are indeed impressive, most of the designs taken directly from the video games. (Much of the music is also lifted totally from the games.) However, Gans' fidelity to the source material sometimes comes off as rather superficial. The “Silent Hill” games rely largely on a foggy, nightmare-like atmosphere. Though the movie tries, with its images of ash raining down on the town, it never quite reaches that level. Instead, the cinematic “Silent Hill” seems preoccupied with gore, something the games didn't have much of. Pyramid Head completely flails a girl in one smooth motion, tossing her bloody skin around. One Nurse gorily slashes another's throat. People are graphically burned to death on-screen. The climax features people being graphically torn apart by pulsating strands of CGI barb wire, including a sickening sexual violation. I like gory horror movies but these scenes feel aggressively in-your-face in a way that's at odds with the rest of the film's tone.

With a film this preoccupied with a strict narrative structure and special effects, not much room is left for performances. Radha Mitchell plays Rose in a constant state of panic, searching frenziedly for her daughter while utterly terrified. When the film pauses for other emotions, Mitchell's acting is smothered by reams of bloated dialogue. Sean Bean's subplot as Christopher adds very little to the movie, Bean just going through the motions. Laurie Holden appears as the motorcycle cop that accompanies Rose into Silent Hill. Holden is gruff, to the exclusion of almost any other emotion. (And there's definitely something weirdly fetish-y about the character, a tall woman in skin tight leather pants who beats men with batons.) Even Alice Krige, an actress very capable at playing a demented cult leader, seems overwhelmed by the stiff dialogue the script gives her. 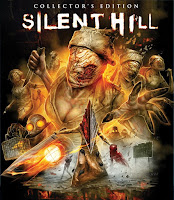 As a technical achievement, “Silent Hill” is impressive. I like the way pre-manslaughter Roger Avary's script rolls the Centralia, Pennsylvania story into the "Silent Hill" lore. I also appreciate a horror movie being set in West Virginia that isn't about inbred hillbillies. (Though you can tell Avary never actually visited my fair state. Someone steps inside a gas station and there's not a single pepperoni roll in sight.) Ultimately though, “Silent Hill” is an overlong film weirdly obsessed with recreating the game's pacing but clearly misunderstands some key components about its appeal. [5/10]