After the financial success of “The Dead Zone,” David Cronenberg was once again a sought-after filmmaker in Hollywood. Producer Dino DeLaurentis would scoop Cronenberg up to direct “Total Recall.” That, however, was a troubled project. The producers wanted a crowd-pleasing adventure movie. Cronenberg wanted to explore the psychological ideas present in Philip K. Dick's original short story. Around the same time, a minor trend was sweeping through Hollywood of remaking classic horror movies from the fifties. Fox and Brookfilms were looking to make a version of “The Fly.” David Cronenberg were their first choice to direct but he was busy with “Total Recall.” Once Cronenberg left that project in frustration, and the other chosen director suffered a personal tragedy, he immediately boarded “The Fly.” Cronenberg's remake would become a huge success, praised by critics and popular with audiences. It's, by far, his most iconic movie.

Veronica, a science journalist, meets Seth Brundle at a party. Seth promises her that he's invented something that will change the world. He calls it the telepod, a machine that can transport solid matter across space. And it works. However, it doesn't work on living things. Veronica and Brundle soon fall into a romance. She inspires Seth and he perfects his invention. After discovering Veronica's editor is her ex-boyfriend, he drunkenly teleports himself. Unbeknownst to Seth, a fly was also in the pod with him. Soon, his body begins to change. Seth Brundel begins a slow transformation into a half-human/half-fly hybrid. Veronica watches the man she loves change into a monster.

As a kid, I went through a weird trend where the original 1958 version of “The Fly” was my favorite movie. I was a big Vincent Price fan and I responded to the movie's love story and its monster movie thrills. Cronenberg's “The Fly” almost always appears on lists of remakes that are superior to the original. Even as someone who loves the original, I'd say that's an accurate statement. Cronenberg's film does everything a remake should do. It takes the original's premise – a teleporter mishap involving man and housefly – and puts a totally different take on it. Instead of an instantaneous swapping of man and fly parts, 1986's “The Fly” depicts a gradual fusion of the two. Having a distinct directorial voice like Cronenberg piloting the new version certainly guaranteed that the new “Fly” wouldn't just cash in on the original's name recognition. It would be a genuine reinvention of the story.

Cronenberg's earliest films had an element of emotional distance to them. With “The Dead Zone,” he fashioned a love story for the first time. With “The Fly,” he makes that romance the main point of the film. From the moment Seth and Veronica meet, there's sparks. As he takes her home to his lab, she slips off her stocking, showing a clear sexual interest in him. He works his quirky charms on the woman, quickly winning her over. “The Fly” could be read as a movie about the perils of getting in too deep with someone too quickly. Yet their passion, their concern, for each other is real. Veronica and Seth's chemistry forms the heart of the story. If the audience didn't buy the romance, “The Fly” wouldn't work at all. Luckily, the love story is touching and beautifully orchestrated.

The romance was a central part of the original “Fly” too. The 1958 version was ultimately about a woman who loves her husband enough to put him out of his misery, when his transformation becomes too much to handle. The remake essentially follows this same outline. Most monster movies are tragedies too and “The Fly” understands. Seth and Veronica's love, which is charming, cute, and heartfelt, is destined to be torn apart. He becomes pathetic and she feels sorry for him. Soon, that sympathy transforms into fear, as Seth becomes sicker and more unpredictable. Yet no matter how inhuman Brundle becomes, Veronica can never let go of her feelings for him. In the end, as in the original, she loves him enough to end his suffering, even after he's changed into both a physical and psychological monster.

Upon release in 1986, “The Fly” was widely interpreted as a metaphor for the AIDS crisis. It is, after all, a film about watching your love one slowly fall apart, being consumed by a terrible condition. Cronenberg has admitted the AIDS parallels were entirely unintentional. He designed “The Fly” as a story about decay and death. After going through the telepod for the first time, Seth is invigorated. He's stronger, more agile, more virile, and can think faster. However, this brief period of exhilaration prefaces a slow decline. Soon, Seth's body is literally falling apart. As with all of us, the energy of youth is destroyed by the ravages of age. A healthy body falls to a disease that cannot be understood or control. “The Fly” makes this universal concern visceral with the best special effects the eighties could provide.

“The Fly” would also allow Cronenberg to take his beloved body horror further than ever before. The director plays the premise of a man changing into a fly for as much horror as possible. Seth's fingernails are pulled off. His teeth fall out. The shot of his ear falling off is shocking and gross. By gaining a fly's digestive system, Seth now has the bizarre ability to produce acidic vomit. He pukes on his food and, later, melts limbs. Other human body parts are destroyed, such as in a shocking scene where Seth cracks a romantic rival's arm right in half. While not the most explicit gore featured in a mainstream horror film by 1986, it's probably the nastiest. Cronenberg alternates between approaching the gore like a detached scientist and happily reveling in the extremeness of it all.

Cronenberg manages to top himself when it comes to grotesque body horror in “The Fly.” The inhuman transformations of “Videodrome” are taken even further. Seth Brundle's entire body is mutated by the process. The transformation begins subtly, with some bad acne on Jeff Goldblum's face or a patch of thick hairs. Soon, his skin is slimy, covered with tumors and bumps, as he begins to loose parts. By the film's last third, he's hunched over and completely deformed, his body bent and twisted, fingers fusing together. The climax features the most extreme mutations yet. Goldblum totally splits apart, his body shifting finally into an asymmetrical humanoid fly beast. The creature is sometimes awkwardly framed, revealing its status as an elaborate puppet. But just as a work of monstrous art, the final Brundlefly is impressive. In fact, a layer of gross beauty highlights all of “The Fly” The film's effects team would win an Oscar for their work.

So there's quite a lot of blood and slime in “The Fly.” The movie's obsession with the nastiness of the human body peaks during Geena Davis' nightmare about giving birth to a giant, bloody, squirming maggot. Yet gore is not the only horror movie technique that Cronenberg utilizes. There's a fabulous jump scare, all the sound dropping out before Brundle leaps through an enormous glass window. The climax builds and builds in tension, the scenario growing more lurid and shocking. The scariest part of “The Fly” is not the gnarly gore. It's the sense of sadness that washes over the viewer, as they realize how hopeless Veronica and Seth's situation truly is.

“The Fly” is practically a two-hander, nearly the entire movie revolving around just two characters. As Seth Brundle, Jeff Goldblum finds an ideal vehicle for his unique acting ability. At the story's beginning, Seth is already slightly off, due to his eccentric personality. As he changes, Goldblum gets a free pass to get as twitchy as he wants, emulating the erratic behavior of a fly. Goldblum's performance is not just composed of trembling body language. He's funny at first, making it easy to believe Veronica would be charmed by him. As he grows more unstable, Goldblum's nervous energy is taken to a disturbing level. Finally, he embraces the pathetic nature of the character as Seth's humanity slips away. Goldblum is not dissuaded by the extensive make-up, acting his way through the layers of latex to create perhaps the most memorable performance of his storied career.

As great as Goldblum is, Geena Davis is equally good as Veronica. Davis is very easy to buy as a hotshot reporter. She fires back against her sexist boss/ex – a delightfully acerbic John Getz – and cracks wise about her disorganized nature. Goldblum and Davis were in a relationship at the time of filming and that real life chemistry translate to the film. Davis seems genuinely into him. So when the transformation begins, her shock, grief, and fear seems similarly real. Davis spends most of the movie's second half crying or screaming, not exactly being the most proactive protagonist. Yet she makes Veronica seem so convincing and likable that the character never comes off as weak.

After taking a break with “The Dead Zone,” Howard Shore returns to score David Cronenberg's films with “The Fly.” It's probably my favorite of Shore's soundtracks. The music begins with a series of huge, striking notes, similar to his “Scanners” score. They reverberate and shock the audience. This is then followed by majestic waves of strings and woodwind. This suggests both the film's romance and its sense of scientific awe at what follows. All the while, there are moments of deep bass, hinting at the horror to come. That foreboding builds to another graceful crescendo. Shore's music manages to sum up all the film's feelings – revulsion, romance, tragedy, curiosity – into notes and sounds. The score is big in its emotion, approaching the operatic at times. Fittingly, if bizarrely, Shore and Cronenberg would adapt the story into an opera in 2008. 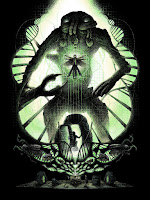 The first time I saw “The Fly,” it was part of a television marathon of all five films. Following the classic, and somewhat campy, monster movie thrills of the original trilogy, I was unprepared for Cronenberg's remake. It shocked me, grossed me out, and made me very sad. However, in the days afterwards, I couldn't stop thinking about the film. Cronenberg's masterpiece had gotten under my skin. Since then, I've realized “The Fly” is an incredible achievement. The tragic love story blends perfectly with extreme body horror, fusing serious themes with sensational horror movie violence. I'm surprised a big studio let Cronenberg make the movie. I'm even more surprised that it connected with audiences. I'm glad it did though. “The Fly” remains Cronenberg's trademark film, a staggering work of mad genius. [Grade: A]