Halloween is the only time of year when I believe in magic. For the other ten and a half months, I am a scientific-minded, rationally thinking skeptic. During the six weeks between September 17th and November 1st, it's different. There's a spark in the cool, autumn air. The sense that something is different. It's a time when nothing can become something. When every sojourner, every night at the movies, every snack, has a deeper significance. Halloween infects every corner and crevice, changing the simplest of acts into a celebration. Every act is imbued with that Halloween-y feeling. I guess other people feel this way about Christmas but I've always preferred pumpkins and skeletons to evergreens and Santa Claus.

If Halloween is the only time when I believe in magic, then the only magic that really exists are rituals. Think about it. When a magician pulls a rabbit out of a hat, it's the performer's showmanship and the audience's eagerness to believe in the impossible that changes a simple act of sleight of hand into magic. When swamis sit on beds of nails, preachers compel the lame to walk, and spiritualist perform seances, nothing truly extraordinary is happening. It's the setting, the scenery, the theatrical act itself, and the belief from everyone involved that makes it work. By setting the stage, by agreeing on the rules, the magic can happen. 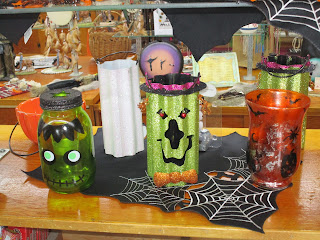 And what are holidays if not elaborate rituals? We've decided this day, and the season attached to it, has some greater significance. Every year, we put up the same decorations and perform the same activities. After all, many of the Halloween festivities are much older than you might think: Trick or treating, carving jack-o-lanterns, bopping for apples, and dressing up in ghoulish disguises all have roots that stretch back hundreds of years. I tend to think of watching horror movies as a modern variation on telling ghost stories and spooky legends. Everything we do connects us with the past. Every act makes the ritual stronger.

Thus, the Halloween Horror-Fest Blog-a-Thon is me indulging in a little magic. For six weeks, I watch and review as many horror movies, TV episodes, and shorts as possible. This is my ritual, my way of squeezing as much magic out of October 31st as possible. I've been doing it for eight years now, though the last five are the only ones that feel like they really count. (2011 now feels like a test run for a grander event. Those first two years were pathetic prequels.) The man who encouraged me to partake in the Six Weeks called himself Kernunrex. Sadly, he was AWOL during last year's Six Weeks. It remains to be seen if he'll show up this year. Happily, there are other Halloween bloggers to make this feel like a communal experience. 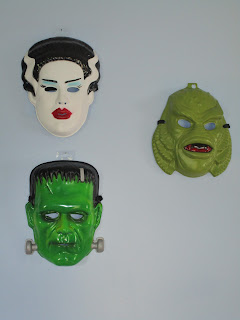 So what of these rituals? What do I have planned? As always, I intend to cover quite a few series for 2017's Halloween Horrorfest Blog-a-Thon. Inspired by a recent hit film, I'll be watching a number of films featuring evil clowns, one of the most overdone horror cliches of our time. As a follow-up to my Stuart Gordon Director Report Card earlier in the month, I'll be reviewing several films based off the stories of H.P. Lovecraft. This is the year I finally sit down and watch the films of Val Lewton, most of which I've never seen before. A couple recent DVD purchases have convinced me to cover the films of Greg McLean as well. That's probably too much but, eh, anything worth doing is worth overdoing.

On the TV front, I'll finish with “Masters of Horror” and move on to its unsuccessful follow-up series, “Fear Itself.” After wrapping up “Tales from the Crypt” last year, I'll be giving that show's unsuccessful follow-up, “Perversions of Science,” a look too. There's plenty of other stuff to expect too: Podcast episodes, trips to local Halloween stores, haunted houses and corn mazes, as well as my yearly journey to my local horror convention, Monster-Mania 38 in Hunt Valley, Maryland. Who wants to meet Michael Biehn and Barbara Steele? I do! 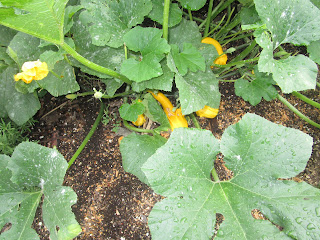 The Halloween season brings with it a number of new horror films in theaters and on DVD. The horror event of the autumn, the new version of Stephen King's “IT,” has already been out for a few weeks and I'll be reviewing it soon. The indie horror event of the autumn, Darren Afronosky's peculiarly punctuated “mother!,” rolled out last Friday. It's already horrified and confused many innocent Jennifer Lawrence fans. The indie front has brought or will bring titles like “The Limehouse Golem,” “Woodshock,” the dreadful looking “Friend Request,” thriller “Super Dark Times,” and the woefully out-of-season Christmas shocker “Better Watch Out.”

This year is also full of revived franchises. “Jeepers Creepers 3” crept out last week, to expected controversy. The long shelved new “Leatherface” film finally hits video-on-demand in a few days. “Cult of Chucky” will be released next month. I'm sure that “Flatliners” remake will be dreadful but I'll probably see it just because it stars mai waifu, Ellen Page. I thought we, as a culture, were done with “Saw” but Lionsgates is bringing it out of retirement this year. A new film, simply called “Jigsaw,” is staking out the series' old stomping grounds: The weekend before Halloween. (Another entry in a long-in-the-tooth modern horror series, “Insidious: Chapter 4,” set off for the less crowded month of February.) There's a Friday the 13th in October this year but Paramount abruptly pulled the plug on that series' latest reboot back in January. Intriguing looking slasher riff “Happy Death Day” grabbed the release date instead 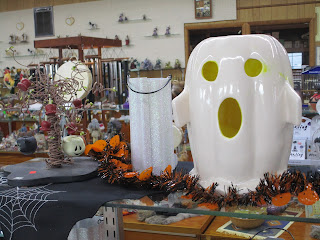 Enough mindless chatter. I'm ready. The spirits of Halloween and I embrace. Suddenly, my hands are full of candy corn. There's a rubber mask on my face. My entertainment center is overflowing with spooky DVDs and Blu-Rays. The trees, their brown and orange leaves lining the sidewalk, part. Ghosts and ghouls shout encouragement behind my ears. The graveyards may be full of the dead but they've never seemed more alive. I'm back, Old Friend. 2017's Halloween Horrorfest Blog-a-thon begins... Now!

I've always been kinda iffy on Halloween. I love the sentiment, but hate being expected to do something different each year. Now I live in Israel, where not only does Halloween not exist, but there's no equivalent holiday that celebrates the creepy or macabre. I appreciate this blog on a whole new level. Thank you for this.