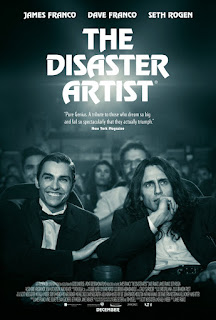 I came late to the cult phenomenon known as “The Room.” Even though I had heard the jokes and memes, it still proved to be a baffling, fascinating experience. Every new viewing of “The Room” reveals another bizarre detail that wasn't noticed before. Some call it the worst movie ever but, if a film's greatness is measured by its rewatchability, “The Room” may actually be one of the best. So I had to read the behind-the-scenes book, “The Disaster Artist,” written by Tommy Wiseau's reluctant co-conspirator Greg Sestero. It was, no joke, the best book I read last year. I was uncertain of James Franco adaption, due to Franco's uneven work, but “The Disaster Artist” beat the odds. As the film picked up more nominations and awards, including an Oscar nomination for Best Adapted Screenplay, a crazy idea emerged. Tommy Wiseau made “The Room” with hopes of it winning an Academy Award. And now, in a roundabout way, that dream is shockingly close to coming true.

Greg Sestero, a part-time model and struggling actor, meets Tommy Wiseau, an eccentric older man with an accent of undetermined origin, in an acting class. The shy Greg immediately takes a liking to Tommy, who is as fearless as he is lacking in talent. The two soon move out to L.A. To pursue their dream of becoming stars. Greg gets an agent and a little work but Tommy lands no jobs. Rejected and fed up with this world, Tommy decides he'll make his own movie. The script for “The Room” – a story of passion and betrayal – soon takes shape. Wiseau somehow locates the funds to make the movie independently and convinces Greg to co-star in the film. Greg will soon find his friendship with Tommy tested, as production on “The Room” proves difficult, mostly thanks to Tommy's incompetence. 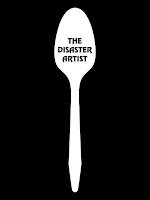 While “The Room,” at least as Wiseau envisioned it, was a mighty melodrama about love and treachery, “The Disaster Artist” has much more modest goals. This is a story of friendship and dreams. As insane as Tommy appears, he encourages Greg to get out of his shell. There's never a dull moment with Tommy. The two bond over their mutual dreams of stardom and love of James Dean. Both are misfits with far-out dreams that seem impossible. While Greg is satisfied to go through established channels, Tommy – partially because he's a weirdo dismissed by everyone – has to think outside the box. There's few cinematic dreamers more far-out than Tommy Wiseau and he goes out of his way to achieve it. In an odd way, he does succeed in his goal of making something people love and respond too. And that friendship wouldn't have been possible without Greg's support.

Of course, being Tommy's friend is not exactly easy. “The Disaster Artist” does not mince words  when it comes to Wiseau being a total asshole. The fearlessness and eccentricity that makes Tommy weirdly charming also makes him hugely difficult to work with. He constantly forgets his own lines, wastes resources in odd ways, and is totally unable to smoothly run a film set. Moreover, he's willing to abuse his actors. Either by locking them up in a sweltering studio or, in the case of “The Room's” infamous sex scenes, getting a little too close with his actress. The point of Sestero's “The Disaster Artist” was that Greg decided to be Tommy's friend in spite of him being a huge asshole and a massive weirdo. Despite all that, there is something undeniably compelling about Wiseau, power mad maniac though he may be.

The prospect of “The Disaster Artist” being turned into a typical James Franco/Seth Rogen stoner comedy concerned me. Odd as it might be to say this, I didn't want the story's strange and utterly sincere heart to be overlooked. Luckily, the cast is actually one of the best parts of “The Disaster Artist.” Franco does not perfectly nail Wiseau's implacable accent but does an admirable job. Moreover, he plays the infamous auteur as both exaggerated lunatic and a fully formed human being, who is motivated by his pain and his wild hopes. Dave Franco, meanwhile, is surprisingly great as Greg. His fresh-faced enthusiasm soon gives way to a weariness that works perfectly, playing off of Tommy's constant misplaced confidence. The cast is peppered with prominent names. Such as Alison Brie as Greg's long-suffering girlfriend or Rogan as Sandy, the put-upon script supervisor/quasi assistant director on the film. While they're all good, with Rogan being especially funny, the Francos and the brotherly chemistry they have are clearly the beating heart of this film.

As an adaptation, “The Disaster Artist” treats its source material in somewhat broad strokes. Smaller elements of the book, such as Tommy's jealousy over Greg's girlfriend and how that informed “The Room,” become major parts of the movie. Meanwhile, a lot of insane details are clipped. The film definitely could have mined the actual filming of “The Room” for more bizarre laughs. Franco also flat-out invents some encounters. Such as a chance meeting with a pre-”Breaking Bad” Bryan Cranston leading Greg to getting a bit part on “Malcolm in the Middle.” Or Tommy attempting to impress Judd Apatow in a restaurant. Some of these elements threaten to make “The Disaster Artist” into one long in-joke. Such as prominent cameos for Sharon Stone and Melanie Griffith. Or the comparisons between the actual “Room” scenes and Franco's recreations that play over the end credits. Yet Franco's decisions are mostly sure-footed. Such as taking the story slightly past the literary “Disaster Artist's” conclusion, showing Tommy's reaction to ”The Room” become a masterpiece of unintentional comedy.

Honestly, “The Disaster Artist” still feels like an elaborate in-joke. Franco frequently apes “The Room's” look, with awkward green screen shots and sloppy handheld camera pans. I'm surprised the film connected with critics and audiences, even those that were unfamiliar with “The Room,” the way that it did. While I would recommend the book over the movie, Franco's “The Disaster Artist” is still a hilarious and surprisingly touching story. It humanizes Tommy Wiseau while providing some insight into the insane decisions, both personal and incomprehensible, that lead to the movie's creation. While nothing can quite top Wiseau's aesthetically questionable anti-masterpiece, “The Disaster Artist” is an entertaining companion piece in its own right. [7/10]
Posted by Bonehead XL at 11:35 PM