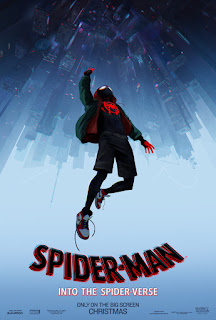 It sounded like a disaster in the making. Even after the “Amazing Spider-Man” series crashed and burned during its second entry, even after loaning the character back to Marvel/Disney, even after plans for “Sinister Six” and that “Aunt May” spy movie went up in smoke, Sony didn't give up on the idea of a vast cinematic universe of “Spider-Man” films. Never mind that their deal with Marvel prevented the latest live action incarnation of Peter Parker from appearing in any of these films. Sony marched ahead anyway, with “Venom” and an untitled animated Spidey flick. But then something truly unexpected happened. “Venom” made money. Moreover, a lot of people actually liked it, the movie spawning its own uniquely passionate following. And that animated adventure? “Spider-Man: Into the Spider-Verse” became an even bigger viral sensation, winning rave reviews. Many have said it's the best “Spider-Man” movie, if not the best superhero movie. Now, it's looking extremely good that Sony's desperate attempt to wring every dollar they can out of their stake in the franchise is going to win an Oscar.

Miles Morales is a normal teen growing up in New York City. His dad insists he goes to a fancy prep school, even though he’d rather hang out with his uncle. While in an abandoned subway tunnel doing just that, he's bitten by a weird spider and awakens the next day with unusual powers. Returning to the tunnel, he discovers Spider-Man fighting several villains. Kingpin has built a particle accelerator that could suck NYC into a black hole. Peter Parker gives Miles the device that can stop it before the villain strikes him dead. As the world mourns Spider-Man, Miles encounters another version of Peter from an alternate universe. He soon learns five different spider-themed heroes have been drawn into his world. They must team up if they’re going to stop Kingpin and get home.

When it was announced that “Spider-Verse” would star fan-favorite Miles Morales, there was much rejoicing. The film’s team of directors and writers – including the beloved duo of Lord/Miller – do not stop there.  Never would I have thought that Spider-Ham, Spider-Man Noir, or SP//dr would make it into a movie. (Not to mention some wonderful in-jokes.) Moreover, each character is brought to life in a style befitting their universe. Noir is always in black and white, followed by an unseen wind. Peni Parker has a fittingly anime-esque appearance and energy, right down to the lip flaps. I especially admire how the filmmakers never back down from the goofiness of Spider-Ham as a character, nailing the cartoon-y aesthetic and attitude of the character. “Spider-Verse” doesn't just delve deep into the Spider-Man lore for material, it never apologizes or tries to downplay these elements. The film joyfully embraces the potential of the comic book medium. The people who made this film clearly loves comics, loves how goofy, creative, weird, and fun they are.

This is evident in its visual approach too. After Miles is bitten by the spider, after he becomes the world's protagonist, his thoughts appear in narration boxes overhead. Comic book sound effects appear on-screen, explosions being followed by the word “boom.” As more spider-heroes appear, their introductions are frenziedly edited bursts of color, music, and motion. (Which include more comic panel imagery.) In the last act, as Kingpin's singularity is activated, the film's visual palette goes completely nuts. Colors mix and blur everywhere. Images overlap and float by. There's so much going on but none of its senseless. It's something between a music video, a visual collage, and acid trip. On the big screen, it was almost overwhelming. I never would've guessed that a “Spider-Man” cartoon would be one of the most visually inventive films I've ever seen.

While most animated films are satisfied to be goofy comedies for kids, “Into the Spider-Verse” successfully juggles a number of emotions. There's lots of humor. Miles' first experience with his sticky spider-powers results in some fantastic visual comedy. The older, pudgier, more cynical Peter B. Parker gets lots of laughs with his snide comments and laid-back style. Yet the film is full of powerful poignant moments. Kingpin's villainous motivations are grounded in some surprisingly rich emotion. The struggle between Miles, his dad, and his uncle is potent stuff, paying off nicely. The same can be said for the way the cynical Spider-Gwen defrosts. And as an action movie, “Into the Spider-Verse” is hugely energetic and inventive. The chase through the woods or the final fight with Kingpin are fantastically orchestrated.

Like a lot of modern animated flicks, the studio paid out top dollar for an all-star voice cast, even if their famous faces are entirely unseen. Unlike a lot of modern animated flicks, the result still works very nicely. Some of the casting is just pitch perfect. Hailee Steinfeld – who easily could transfer over a live action “Spider-Gwen” flick if Sony felt so inclined – makes Gwen so hip and lovable. Lily Tomlin is an ideal Aunt May. Nicolas Cage so delightfully bites into Spider-Man Noir's comically hard-boiled dialogue. John Mulhoney is hilariously nonchalant as Spider-Ham. Jake Johnson has the right balance of snark and heart as Peter B. Parker. Though less well known than the others, Shameik Moore could not be better as Miles, hitting every beat perfectly. However, I do wonder why knwon names like Chris Pine, Zoe Kravitz, and Lake Bell were slotted into small parts that could've been played by any number of talented voice actors.

I don't think anyone expected “Spider-Man: Into the Spider-Verse” to be as good as it is. 2018 was a stacked year for superhero cinema and this animated feature, rather unexpected, managed to be stronger than any of them. Fans loved it, prompting quite a few memes in the process. Sony is already kicking around various sequels and spin-offs. The movie has ridden its wave of critical acclaim to quite a few awards and not undeservedly. Will it win big at the Oscars tonight? Academy voters tend to be pretty clueless about animation, just voting for whatever Disney or Pixar put out last year, but I think the odds are in this scrappy Spidey's favor. [9/10]
Posted by Bonehead XL at 11:50 PM